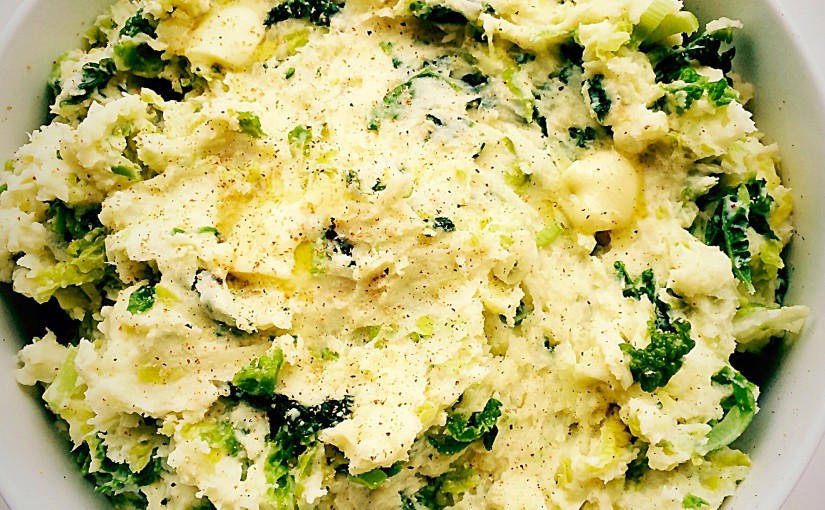 Hello to all my lovely readers. Since it is now officially Spring I’d hoped to be outside gardening. Instead it is wet and windy, so I am staying indoors. Retreating to the earth of our kitchen and making a big bowl of Leek Colcannon. 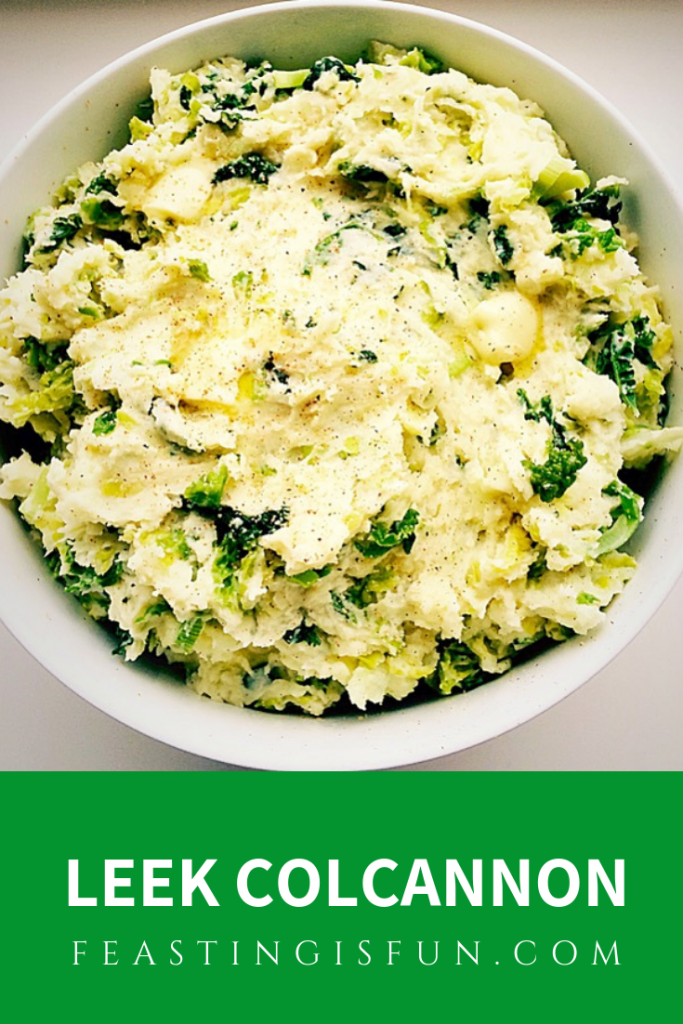 An incredible side dish made with ultra creamy, mashed potatoes that are mixed with gorgeously green, savoy cabbage. Finally the addition sautéed leeks creates a flavour filled side dish.

This has fast become a family favourite. Since it is so versatile, an ideal accompaniment to sausages, homemade pie, chops, roast chicken. Alternatively serve on its own topped with an egg. Ultimately you have endless possibilities as to what you could pair this dish with.

Did you know that the beginning of November heralds the start of the British leek growing season? Nope neither did I!!

I absolutely love leeks, with their delicate onion flavour and that is exactly what makes them perfect in this dish.

Colcannon is a traditional Irish dish made using mashed potatoes and cabbage or kale. While I challenged myself to come up with some recipes to celebrate the British leek, I knew it’s delicate flavour would perfectly compliment the traditional Colcannon dish.

Also using seasonal fruit and vegetables in my cooking is important to me and savoy cabbage is in season now, so my choice of brassica was decided.

Nutmeg also pairs beautifully with leeks and so I knew I had to incorporate that into the dish – thus the Leek Colcannon idea was born. Whoops there I go, having ideas again – fortunately this one turned out to be absolutely delicious.

Salt and Pepper to taste

Method : Important please read through the whole method before starting.

Preparing And Making The Mashed Potatoes 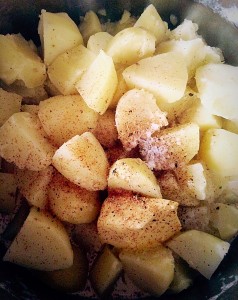 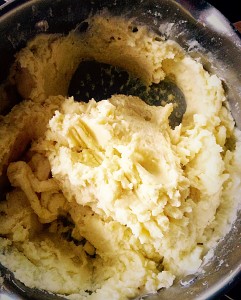 Preparing And Cooking The Savoy Cabbage 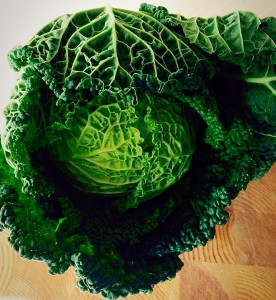 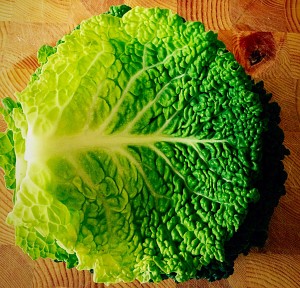 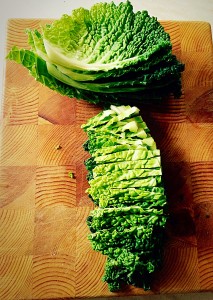 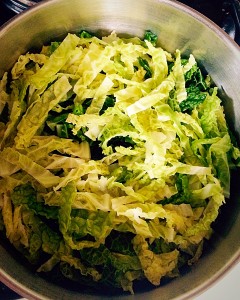 Preparing And Cooking The Leeks

Tip : I wash my leeks, shake them and leave them upside down on the draining board to drain, before prepping other vegetables. 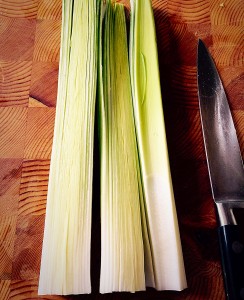 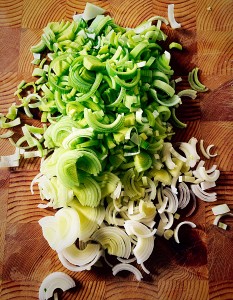 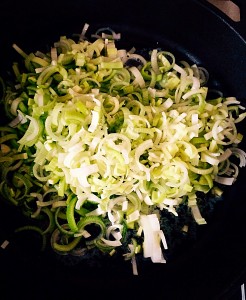 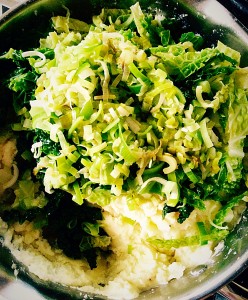 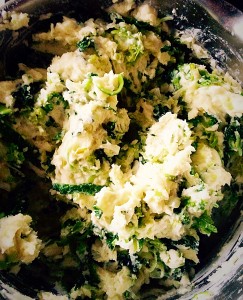 If you have enjoyed this recipe for Leek Colcannon you may also like these:

I do hope that I’ve inspired you to try this delightful dish. Although I used double cream – well we were celebrating the start of the British leek growing season – milk is a perfectly fine substitute. Switching up the greens to Kale or Spring Greens through the growing season will be fine, just make sure they are cooked until just tender – I haven’t found a fan of overcooked, soggy cabbage yet!

The British Leek Association provided me with some of the ingredients for this recipe. All content and opinions are my own. I did not receive payment for creating this recipe. Please see my Disclosure Policy.