The popularity of cupcakes, since their meteoric rise to stardom, has not waned. While Pinterest has thousands upon thousands of boards dedicated to these individual portion sized cakes. And if you type cupcake recipes into the browser on your computer/phone/tablet you will find endless recipes, for every type of cupcake you could ever want. Or so I thought! While there are recipes for Caramac cupcakes, there aren’t any Caramac and chocolate combinations. Resulting in the creation of these Caramac Frosted Chocolate Cupcakes.

Caramac in itself is a lightly caramel flavoured white chocolate. While it is completely delicious, it tends to be rather sweet. Combining Caramac frosting with a dark chocolate cupcake balances both flavours out. Similarly, with the drizzle. And the bitter dark chocolate is enhanced by the sweet caramel from the Caramac. Resultying in a perfect flavour combination.

Delicious and very more-ish. So, could you stop at one?

Making And Piping The Caramac Frosting

Adding The Caramac And Chocolate Drizzle

Cupcakes Are Made For Sharing

So, why not invite friends over and serve these cupcakes with a smile and a hot drink? Alternatively, package some up in a box and take to work to share with your colleagues. Since these cupcakes are so delicious, it really would be a shame not to share them.

So, whatever you are making, baking and creating in your kitchens, have fun preparing your feast. 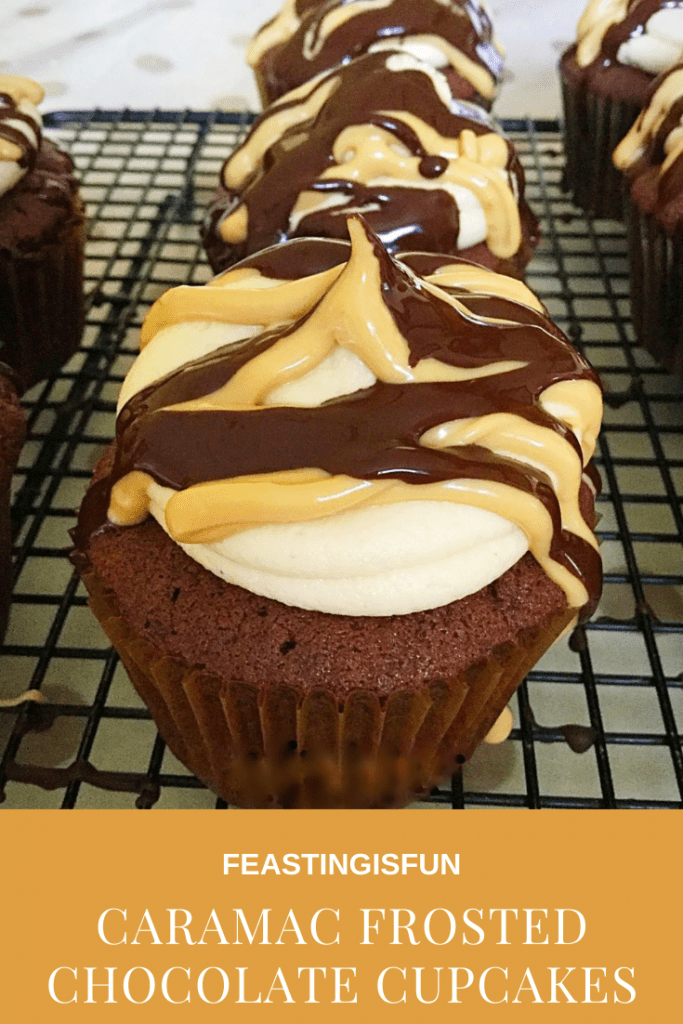